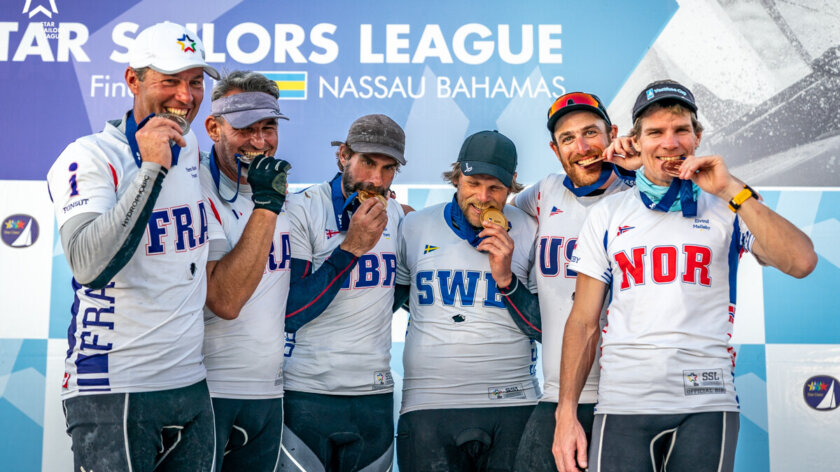 On the start line in Nassau was the most international and diverse line-up as the Qualification rounds got underway at the Star Sailor’s League Finals: who would become the 2019’s ‘Star of the Sailing World’. As ever the line-up pit Olympic sailors – past, present and future – with America’s Cup and Volvo Ocean Race winners and champions from all manner of classes at World, European and continental levels.

After 4 exciting days of qualification the final day started with ultra-light wind for the Quarter and Semi-Finals.  During the day the wind on the Nassau’s Montagu Bay finally filled in to provide the best conditions for the four boat finale to the 2019 SSL Finals, the event that seeks to determine the ‘star of the sailing world’.