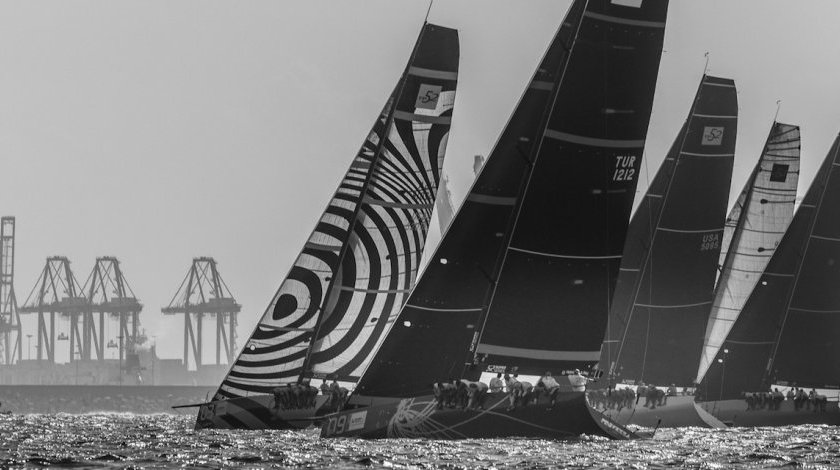 Reflecting the ever increasing level of competition among the 52 SUPER SERIES fleet of TP52s, eight international teams are training over the coming days on the waters off Valencia all trying to ensure that they are in the best competitive shape when the first start gun for the 2019 season sounds in Mahón, Menorca on Tuesday May 21st.

There may still be the best part of two months before the five-regatta 52 SUPER SERIES season starts but the teams are up against a tight time schedule to finalise sail designs. The TP52 crews have not sailed together since mid-September and most have made changes to their configurations – most have new rudders, keel bulbs and some have new keels.

Rig modifications and new sail designs need to be methodically trialled and tested before they are locked-in choices for the early season. And several teams have changed their crew line-ups since the 2018 season and so are taking this chance to sail together in a less competitive environment.

Initially teams have paired up in twos and threes – some have sailed on their own but without doubt there is a spirit of collaboration throughout the fleet – knowing that the fleet is so close and competitive that no one team has enough of an advantage that they would not learn from another.

Indeed perennial, long-time rivals Azzurra and Quantum Racing have agreed to take time to tune against each other. As it stands, weather permitting, the teams will work together to run an informal series of races Monday and Tuesday that all the crews are expected to participate in.

All Posts Ferran Torres Video Fighting for the best!